“This is a new 501c3 organization that was created to provide a tax-deductible option for brothers who want to support the Campaign for Florida Alpha, but need a charitable entity to pass it through,” Meehan said. 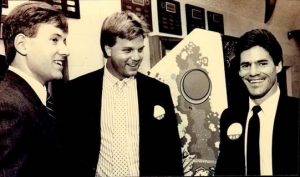 Meehan transferred funds from a previously created donor-advised fund (DAF) to make his gift. The PDT Foundation, Inc, was able to accept the gift directed from the fund. The Florida Alpha Chapter House Association—where all other gifts to the campaign have been directed—would not have been able to receive the gift.

Because the educational activity of the chapter is tax-deductible, the IRS allows the percentage of a chapter house project that’s entirely educational in nature to be funded with tax-deductible contributions.

Campaign co-chair Kevin Wilkinson (Spring 1984) said, “We’re so grateful to Jamie for leading by example. We hope that other brothers who make charitable gifts through family foundation, or donor-advised funds will consider following his lead.” 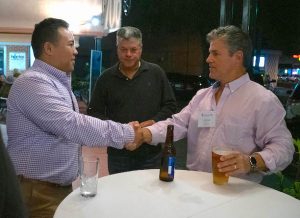 Professionally, Meehan is a financial advisor with Wells Fargo Advisors and is familiar with these strategies. “In addition to gifts made through private foundations and donor-advised funds, some brothers have made gifts to charity using their qualifying charitable distributions from IRAs—they can now give to Florida Alpha the same way.” Meehan said. “The new foundation could create opportunities for brothers to include Florida Alpha in their philanthropic giving where it wasn’t possible before.”

For information on making your year-end gift to the Foundation, contact Jamie directly at jamie.meehan@wellsfargoadvisors.com.